Where does a screenwriter start?

Remember; If productive, it takes 2-3 years or 5,000 hours to master a skill. So let’s start writing.

Basically, Ya gotta write 4 scripts… and remember “Nothing is written… It’s re-written.”

Keep reading and I promise by the end of this post you, the writer, will know how to focus your creativity and what to write… You will have a gameplan.

Want to sell your script? Of course you do.

So let me make it simple. We, in the industry (me included, although just on the peripheral) believe that you-the-writer, if gifted with a “Good Ear” (aka: gift of dialogue), will likely get a proper, well connected agent with your third script and sell your fourth script.

You will sell your 4th Script… or your 3rd script will get you tv staff writing assignments.

Now, I know that you have taken a screenwriting class, read a book or took a webinar from Syd Field (sadly died last year), John Truby, Linda Seger, Michael Hague or Blake Snyder (died 3 years ago), who are excellent instructors, and you have bought Final Draft 9.0 or at least have the App and know about celtx.com, BlackList, Nicholl Screenwriting Contest and are pitching at StoryExpo and Austin Festival…and you’ve written a script…and want to know (A) how to get an Agent, (B) how much money to ask for, and (C) what Opening Title to secure with the re-make.

Rome wasn’t built in a day even though people say that G-d made Earth in a week and you are not, no matter how great your idea is, going to be the amazing writer with your first script. And especially a first script, that was written most likely without a “Beat Sheet” and hasn’t received Coverages (aka: Script Analysis) resulting in a solid re-write and, in essence, is still only the first draft of your first script. 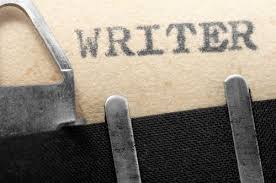 People (me included) believe that you will sell your fourth script as you improve and develop your craft.

Now, I only know one way to write your fourth script… first you must write your third script.

Now, I only know one way to write your third script… first you must write your second script.

Now, I only know one way to write your second script… first write your first script.

Now, I only know one way to write your first script… first write the first draft.

Now, I only know one way to write the first draft of your first script… first structure out your Beat Sheet.

Now, I only know one way to structure a Beat Sheet… first write your Treatment and figure out Act II.

Get the point. 99.99% of writers, who say they’re writers, have barely finished their first draft of their first script, and have done it without a proper Treatment & Beat Sheet (stay tuned, forthcoming posts)… which means it will likely look like a script but it rambles, s*cks and does not have unique believable characters.

However, let’s proceed and assume (A) you have a gift for dialogue (aka; a Good Ear), (B) you understand structure, (C) you’ve prepared a detailed Beat Sheet (aka: Step Development Outline) and (D) written two drafts…

WHAT TO WRITE FIRST… BUT WRITERS WRITE & THINKERS THINK

If you state you’re a writer then you must move your fingers. It is amazing how many beginners-who-never-begin claim to be writers when at the best they are merely “thinkers”. Thinking is good. Guess I’ll call this creativity. And if anyone is at a job where you are being paid to think then I strongly advise staying at that job. However, if you want to get into Hollywood then you must write.

Writers Write.. Thinkers Think… Please, move your fingers. Learn the craft. develop your skills. Secure a gift of good dialogue.. and there is a fair chance that once you get to your 3rd script, you will have an agent, and with your 4th script you will be pitching to programming & development execs and possibly securing an option and 1-2 writing gigs.

Here are your choices.

FIRST: Write a 25-Page Script for a TV Sitcom that’s been on the air for about 4 years. The writers have left. And, when you write make sure you keep the same 5-7 Actors (No, new long lost brother or lovers to be introduced) and write the script within the 5-6 sets where the show takes place.

SECOND: Write a 110-140 Page Script, for the studios, that you don’t give a sh*t about the budget and you go here, you go there, you introduce this crowd scene, that crowd scene, you think of this visual effect and that amazing car chase.

THIRD: Write a 90-100 Page Script for the Low-Budget independent industry that literally takes place in not just One-Location but On-Room, with no stunts, no effects and no EXT-NITE scenes.

This 25-page script will eventually be called your “Spec Script” or your sample of writing and it should be of a tv sitcom that has been on the air for 2-3 years.

This is a successful sitcom. The writers have likely left to write/create their own network sitcoms. thus, the production company needs new writers with new ideas.

Therefore, pick a popular sitcom (25-30 pages) and write a “Spec Script” for that series making sure that you (A) only use the 4-5 sets that the sitcom takes place in and (B) do not introduce any extra actors (ie. Long lost mother, the newly discovered rich uncle, the old flame, etc.)

Now, don’t be in a hurry (I promise Hollywood will wait for you) and plan to write 4 scripts.

Next, send the 3 to a proper agent with a letter stating that if he/she peruses the first page (make sure this page is great) of the Indie Feature Script he/she will love it.

Now, let’s assume an agent, or his/her assistant gets the letter and 3 scripts and peruses the first page of the Independent Feature and it grabs him/her.

Next, I believe he/she will likely read the 25-30 page TV Sitcom and if that is great… he/she will then read the 90-100 page Independent Feature Film Script… and if that is great… You-Now-Have-An-Agent and he/she is setting up meetings with Studio Execs to pitch your Studio Feature Film project and with TV Story Editors to get you also hired as a staff writer for television.

Phew… You now have a Roadmap.

You want to drive from New York to Denver… you now have a Roadmap.

What car you drive, how fast you drive, whether you take a detour or two, what hotels you stay at, where you eat, what you eat, who you share the ride with, etc. are going to be different for each and everyone one of you…

…However, you will get to Denver.

Do you have a gameplan or roadmap for success?

4 comments on “THE SUPER-GREAT SCRIPT (Part 2: GAMEPLAN): “A Screenwriter’s Roadmap””