I don’t get it…Why is everyone in Hollywood always struck with “verbal diarrhea” and desirous of talking budgets?

(“What our movie costs is none of your fr*ckin’ business”)

Have you ever noticed that “Hollywood” (aka: Distributors, Producers & Agents) is the only industry in-the-world that actually tells consumers what their product costs to make before they sell it to them.

Hmm? Very interesting. Think about that.

Can you name me one other industry where the manufacturer tells consumers what it costs to make their product?

Go ahead name me a couple.

I can actually come up with one other (Vegas Hotel/Casinos), also an industry dependent upon marketing and creating an image.

Other than Vegas and Billion Dollar Hotels… Hollywood is pretty much the only industry in-the-world where manufacturers (distributors/producers/directors) actually tell you-the-consumer/viewer what it costs to make their products.

The budget for “Titanic” or “Avatar” is……

The budget for Tom Hanks or Julia Roberts next movie is…………

The budget for “Hangover VI-The 3D Musical” is……. 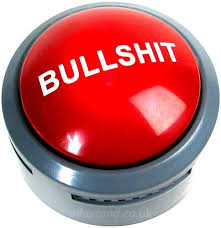 “Hollywood Bull Sh*t is when a distributor or network states the budget.”

POINT OF INFO: Do you actually believe these numbers (dollar amounts) are actually real. And if you answer “Yes” then you are kind-of dumb!

HERE’S THE BOTTOM-LINE: From a distributors Point of View, the money spent (aka: budget) to make the film (taught in film school as the “negative cost”), is NONE OF YOUR FRICKIN’ BUSINESS. However, since you are rude enough to ask and naïve enough to think the answer you are about to get is actually the truth then distributors learned to manipulate you and give you a number that is inflated 600-800%.

Duh! Bottom-line is “They are marketing”.

Give-me-a-break. No way Jose. Who was in it? And don’t dazzle me with this crap about how expensive special effects are. Have you ever hired a “geek”? How much do you want to pay a “geek”?

Now hire 50 of them. Do the math. Compute what these 50 “geeks”, who are very talented at their crafts, are grand total getting paid/year. Add on management. Add on cloud costs. Add on. Add on.

And with all the “Add ons”, plus Sigourney Weaver, Giovanni Ribisi, Sam Worthington, Laz Alonso & Zoe Saldana salaries added on, this will still not come close to the reported “TITANIC” or “AVATAR” budget of $200,000,000.

Always remember that whatever budget is is nothing but marketing…

SO WHAT IS THE REAL MOVIE BUDGET?

Always remember “Hollywood is a marketing industry not a filmmaking industry”. Hollywood creates events every week. And Hollywood realizes that the higher the budget you think-it-is the more incentive-you-have to leave your house and give them $12-$15 at the theater.

“Hello Hollywood. I’m from the IRS (Independent Revenue Studio) and I’m calling to see what you really paid to rent a camera, or hire a grip or a buy a prop.”

My general rule for discovering the real budget (aka: the negative cost) for any Hollywood movie is to take the number (dollar amount) they give…. Then (A) move the decimal point one place to the left… Then (B) cut that number in half and you now have not the inflated marketing budget but the actual negative cost.

You are now learning how to be a Hollywood marketing genius.