Last week’s post I outlined step-by-step how to make a movie “shot for $1,000-$10,000” which is usually a non-scripted project (improve actors), shot in real-time (90-minutes), with 2 iPhones or HDSLR cameras over 1-weekend.

Of the 186 comments and e-mails received there were 4 (2 USC, 1 NYU & 1 AFI grad), slightly condescending, that said “no way” and proceeded to tell me, according to their professors, that what is needed, at a minimum, is $500,000 to make a “quality Low-Budget” feature film and these instructors further state that you have only one shot at success and it better be “prefect”.

My response, which I did not make for you cannot create enemies over the internet, was going-to-be… “Duh? So how are you getting $500,000… that’s a lot of money”…

A long time ago my father taught me that “if you ever want to do anything perfect… you will never do anything”.

Thanks Dad. Now, let’s get real:

And if you demonstrate your “raw talent”, with a work-ethic, with these nominal budgeted features films, the industry executives will know and help you get the $500,000 to make your “quality low-budget” feature…. but it will be your 2nd Feature Film.

Now “No-Bull”, let’s “Get Real” and permit me to dispense some Common Sense filmmaking info on making your 1st Feature Film. 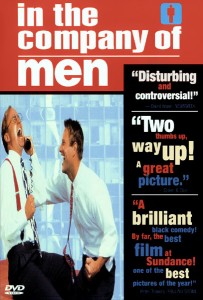 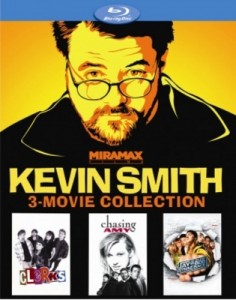 THE INFO: If 1-Page of Script, formatted properly, becomes approximately 1-minute of Running Time… Then you must get shot (aka: covered, at least 1-Page In-The-Can every 45-50 Minutes with 4-6 setups.

And when you actually finish a movie, rather than one that was “shot-for” (aka: unfinished rough cut), and go to a film festival (assuming the audience loves it), you are in a much-much-much better position to negotiate with distributors than if you had a “Shot For” feature film and you are literally begging for finishing funds. 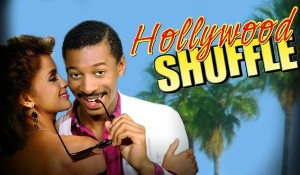 (Although produced for $30-$50K. “Hollywood Shuffle” was not a 1-week shoot but a multi-weekend production over 5 months. The Producer-Director, Robert Townsend, started out by making a short and realized “lets make-a-movie”.)

(“Blair Witch” and “Clerks” were both feature films. 1-week shoots, that were under $50K and launched careers)

I promise you that with $30,000-$50,000 you can execute a quality 1-week shoot… with a professional Camera Operator (procuring his/her first DP credit)… with a great script and… with superb actors being paid  ($100/day)… and with enough money for a 6-week Post Production process for a finished movie that still has $2,000-$8,000 left over for Social Media, Film Festival(s) and securing a distributor.

If you desire filmmaking/writing/directing info, based on common sense, then I look forward to seeing you at my affordable “2-Day Film School” (LOS ANGELES, December 5-6, 2015 or April 23-24, 2016) and if you can’t-wait or can’t-attend then either my “DVD Film School” or “Streaming Film School” programs are perfect.