Launch your career. Produce & Direct a show-piece. And please, please, please I beg you “Do not make a Short”. Shorts only demonstrate that you know how to write some small checks and go broke….

Hopefully I have you thinking and pushing you and your creative mind to think “out-of-the-box”.

The Producers, and especially, Directors, of these 4 Micro-Budget Features did…and they are now each producing or directing Big-Budget Studio Features. Start small.

Now it’s your turn and again… please stop those shorts and facebook teasers and kickstarter trailers… Make a feature and demonstrate your talent over 90-minutes that captivates a paying audience with a Primary A-Story, 3 Interconnected B-Stories, with Unique Characters at a Festival Premiere.

Stop talking like an adult and acting like a child, when it comes to the Film Business. Please, Please. Please.

Stop, when you are not a marketable name or a bankable commodity (A) sending me shorts, (B) shooting trailers, (C) pitching ideas, (D) designing posters, etc. and…I beg you, stop asking me to play Farmville and never mind what my birthday date is and, no, I really don’t desire to read your script (I apologize but it takes 3-4 hours to read & digest) if you are not part of my family or a college or army buddy… I hope you respect honesty and Yes, I’m a curmudgeon who’s making good ole “60-Minutes” Andy Rooney sound like a happy camper.

Filmmaking is simple… Life is difficult.

And, there is really only one way (that is if your parents aren’t billionaires) for anyone to break into the film business and make a living as either a Producer, Writer or Director… and that is to make a feature film; not a short; not a trailer; not a poster; not a pitch…a  “feature film”… In industry lingo a “90-Minute narrative”, that gets to a major Film Festival, with a sold out premiere that has the audience standing at the End Credit Crawl and screams “Bravo. Bravo. Bravo”.

Now you are marketable.

So lets chat about 5,000 bucks, which is a realistic amount of money for anyone to procure.

(Your first feature film, that you make, will not have stunts, crowd scenes, sfx, action scenes and EXT-NIGHT setups.)

To write a script… go to Staples or Office Depot and buy 500 pieces of paper. It’s called a “ream”. Actually buy 2 “Reams”.

Now, get the proper software program, probably Final Draft9.0. Cost $185. Don’t use that tacky open source crap that is loaded with cookies and ads.  However, Celtx is pretty good. Check it out at www.Celtx.com but remember “nothing is written, it’s re-written” and Final Draft is better to use for re-writes than Celtx.

You have just had 3.5 Days of rehearsal with your actors. Ask any actor in SAG how much rehearsal time they get on the set. You will probably hear, “maybe 4-6 minutes”.

Okay, let’s assume that you gave each actor $100 bucks each (approx. $400 for 4 actors total for a Sunday shoot) to star in your feature film and get their very first “Opening Title Credit” with most of the money going for either gas or Uber to get to and from the set and Starbucks.

Rent a camera, an electric digital/HD/DSLR package, on Friday and haggle a No-Insurance-Needed deal.

Possibly you even hire a cinematographer (film school grad who bought a 4K camera) for the $250-$350 who comes with the camera… but only hire him/her if you have comfort in he/she truly knows what he/she is doing with respect to a weekend-shoot.

This really gets me mad, for there is such an obsession by all first-timers, who never become a first-timer, obsessing on gossip about the “new camera”. 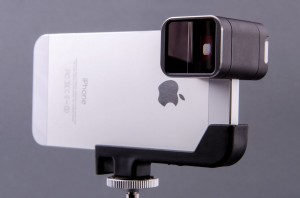 (Yes, iPhones are now 4K cameras. Who is the first person to shoot a feature film with the new Samsung? Bet Samsung, will even pay you to use their smartphones. Interesting thought.)

Just rent one for a day, keep it over a weekend, hit the “on button” for 90-minutes and return it on Monday.

Bottom-line: you are not shooting in the Film format (16mm or 35mm) you are shooting in the “Electronic format” and whether you rent a Canon, Sony, JVC or Panasonic (these are manufacturers names), or a GoPro or a Flip, or whether you are renting by the format be it 4K, 2K, 1080i, 720P, DSLR… I don’t care.

Just rent a camera for 1-day (aka: student discount, pick it up on Friday, return it in Monday, pay for 1-day) for the weekend…but please make sure the Lenses are superb and the microphones, from the mike man, work.

Fair chance that you use your own house, your own property or a friends house or apartment for the location to shoot the movie and budget $0.

I’m warning you that $0 for location, even when friends/relatives say “It’s free” never works.

Why? Answer. It’s the neighbors. I guarantee you after 1-2 days of you and your minimal crew getting to the location at 6:00am and leaving at 10:00pm, the novelty, within the local community has worn off and the neighbors think of you and your crew and this “bloody movie thing” as an inconvenience and if you don’t leave they “calling the cops”.

Voilla. Go in your back pocket and whip out a couple of $100 bucks and the annoyed neighbors always leave you alone for a day.

Again, even when you think it’s Free. I guarantee you will still spend $200 for the inconveniences you’ve caused.

Rehearse Friday night. Rehearse Saturday at the location. Rehearse again on Sunday morning with all actors coming in costume/wardrobe that they supply. 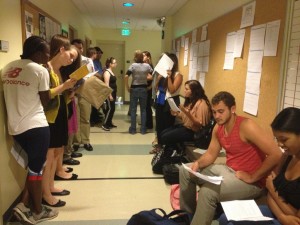 You have just had over 2 days of rehearsal… which according to Hollywood standards, not 4-year film school theory, is enough time to permit the actors to (A) learn their part, (B) discover their characters arc, and (C) develop a bond and relationship amongst the other performing actors.

This is your movie. This is your credit. You are now a Director. Honestly what were you budgeting to pay yourself to Direct a short prior to reading this post.

(What did Kevin Smith pay himself to direct “CLERKS”? Answer. $0.)

So what are you budgeting to pay yourself to direct a feature film?

There will be a couple of miscellaneous props (gun, lawnmower, chair, etc.) that the script calls for. OK put in $150.

There will always be something special about wardrobe (purchase or rent), dry-cleaning, seamstress that is needed. OK put in $150.

Food is always important. Think of it as a “Perk” or, when everyone is tired as “Fuel” to motivate. Remember, you only have a 5-7 person crew with 3-5 actors and you’re feeding for only 2 Days (Saturday & Sunday)… Hopefully, you have a PA (Production Assistant) working for free and a Credit who has a girl friend or boy friend with a kitchen that cooks and gets a Rear Title Crawl Credit of “Craft Service”… OK put in $200.

(This post is maybe 5-minutes. My “Streaming Film School” is 20-hours, 30 Lessons of practical “No-Bull” Independent Filmmaking tactics & contacts that were used by Tarantino, Lucas, Spielberg, Abrams, etc., and now hopefully you, for their first feature film.)

There is little to edit. You will edit 180-minutes to 360-minutes down to 90-minutes. It would be nice if you knew how to edit yourself but likely you will hire someone out of those $40,000-$80,000 1-year Trade School Programs who has a computer, a monitor and editing software that he/she has learned to use, on the 4-5 shorts they made in film school, and desires his/her first feature film credit. 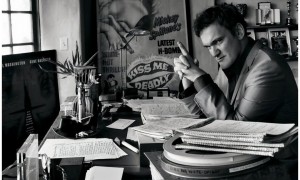 The Editors job, besides editing, will be to call-in a couple of favors and get a Sound Editor for 5-days and a Colorist-Timer for 3-days. These 2 individuals could be offered also (A) Opening Title Credits, (B) Deferrals or Deferments and (C) and “points” (you have 100 points or 100% ownership to divvy up) to participate in, if any, profit participation.

Musicians are everywhere. Go to SoundCloud. Got any film commission’s website. Post on Craigslist. You will quickly discover that there are 100s even 1,000s of talented musician who would like to score a feature film.

You got $300 bucks and likely a deferment agreement conditional upon distribution, revenues and profits.

You have a movie. And you have $265 left for your URL domain, Wix website, Facebook page and Social Media marketing (not expensive but very difficult) that goes viral and you become the next “Blair Witch” or “Paranormal” or “pi” or “Clerks” is here.

Yeah, yeah, yeah. It ain’t gonna be that simple or that cheap.

You are absolutely correct… It will cost more than $5,000 even if it was shot in real-time with 2 iPhones (Hello “Tangerine”).

Here’s Bottom-Line: Be smart, figure out how to do everything perfect, as taught in those 4-year Film Schools and watch how you never get anything done.

You are, what is called, “Under the Radar”, which means, because you did it so cheap you cannot be criticized (you are “under the radar”)…and are way above anyone who is sending me a short, a trailer, a poster or a pitch and asking me if I could get them an agent.

Congratulations, you are a doer.

You have demonstrated story telling over 90-minutes, with a minimal crew and limited locations.

You are “under the radar”. You are quite amazing. And, if you can get this Micro-Budget Feature Film in a major festival for a midnight screening… Welcome to Hollywood.

PS: By-the-By. You might not get theatrical distribution at a festival premiere but thanks to the internet and super cheap broadband with On-Demand & Streaming sites like Netflix, iTunes, Huly, Vimeo, Distribber… you can cut out the middle-man (aka: distributor) and do it yourself.

Have you made a Micro-Budget Feature? What was your budget?

Where did you wish you had a little more money?

19 comments on “THE $5,000 FEATURE FILM (Micro-Budget Filmmaking…Learn the Secrets)”