And a beast of marketing is to embellish, enhance and exaggerate to create a higher perceived value for its product to the consumer/viewer.

Therefore, every movie has 2 budgets. One is “real” the other is “BullSh*t”

The First one, the real one, is the true budget (aka: Negative Cost) of what it truly costs to make the movie and only the accountant, producer and IRS knows the exact number and the Second is the inflated hyped budget (aka: Marketing Costs) that is presented to the consumer.

Hollywood inflates it’s budgets and a studio publicity department uses the “inflated budget” to market it’s about-to-be-released feature film by an amount of 300%-600% of the actual Negative Cost.

Thus, when you hear that a feature film has a $12-15 Million Budget it is probably being physically made for, at the most, $3-5 Million.

DEFINITION: A “Playdate” is one print in one theater for one week. At a minimum it should get a Mini-Major Distributor (Miramax, Lionsgate, Weinstein, etc) to realease it in USA/Canada (aka: North America) with 500-700 prints or DCPs to 500-700 screens for a minimum 2-3 weeks, which is a release totaling 1K-2K “playdates”.

POINT: If you can (A) get a Mini-Major Distributor to give you a theatrical distribution deal for a minimum of 500-700 prints for 2-3 weeks then your movie is going to obtain millions of “eyeballs” (ticket buyers, tv viewers, dvd renters, On-demand streamers, etc) that it (B) kicks in a new world of financing feature films, or a new revenue stream, called PRODUCT PLACEMENT.

WHAT IS PRODUCT PLACEMENT? Simply put it is an advertiser, a company, paying you, either the Producer or Distributor, money to place their product (Car, Computer, Clothes, Candy, etc.) for a 2-3 second visual identification. Product Placement, within the movie industry is not new, it has around for 50-70 years. 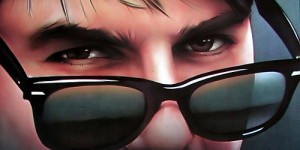 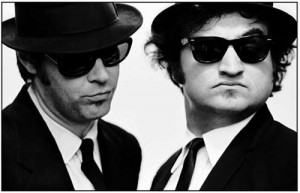 And everyone knows the story of Spielberg’s “ET” and how Reese’s Peanut Pieces was used instead of M&Ms and how beneficial it was to “Reese’s”. The James Bond movies always have the opening car scene (product placement) and the Bond movie “A DIAMOND IS FOREVER” received a big check from De Beers. How about Tom Cruise’s Ray Bans in “RISKY BUSINESS”, or Tom Hanks’s  company, FedEx, that he worked for in “CAST AWAY”… the list goes on-and-on. Product Placement is not new.

However, what is new with respect to Product Placement is how massive (aka: large to humungous revenue stream) it has become in the past 10-years.

WHY IS PRODUCT PLACEMENT SO IMPORTANT?

For 50-years “man” has controlled the tv remote. And men (I include myself) flick incessantly.

I, as I’m sure my ADD writing attests, have an attention span of 15-20 seconds before my mind wanders.

Whereas my wife, a woman, has an amazing attention span of 1-2 hours and always desires to sit, talk, figure out the situation and come to a logical conclusion.

Men and women are made differently.

Thus, men flick the tv remote every 15-30 seconds. However, about 10 years ago, thanks to an invention DVR (Digital Video Recorder) and started by a company TIVO a tv viewer doesn’t have to watch a tv show when the network is broadcasting it, for the tv viewer can now hit the RECORD BUTTON, record the show and watch it when they want to watch it.

My wife has finally discovered the DVR button on the remote… and she has literally & figuratively taken the tv remote out of my hand.

Man’s dominance, thanks to DVR, is now officially over.

Watches them when she wants to and, most important, ZAPS COMMERCIALS (Zapping is fast-forwarding). My family (aka: Wife & Daughter) doesn’t watch commercials on TV anymore. 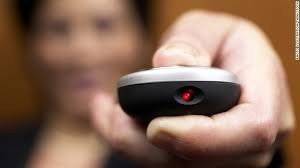 Thus, a Trillion Dollar a Year industry called Advertising (aka: Madison Avenue) is in a little bit of chaos trying to discern where to put their Trillion Dollars of clients money, knowing that the “eyeballs” watching tv, have disappeared.

ANSWER: Movies. When you go to a movie, a cinema, a theater, you sit, you don’t flick, you are a captive audience.

Thus, although Product Placement revenues, are not a new source of ancillary feature film profits or a financing revenues they, in the past decade due to DVR & Zapping, have exploded into a multi-multi-million dollar business for the Feature Film Distributors who can guarantee X-number of Playdates.

Today, there is no movie financed & distributed by a Major Studio, who can guarantee 1,000-10,000 “playdates”, without 25-95 Logos strategically placed into scenes.

Plus, if the logo is used strategically as part of the story as in “Cast Away” & FedEx or BMW, or Audi, or Aston Martin in the next James Bond flick with promotional tie-ins one starts talking an additional $5,000,000-$10,000,000.

Whenever I present the “HOLLYWOOD (2-Day) FILM SCHOOL” in other nations I am interviewed on nationall tv and asked the same questions over-and-over.

ANSWER #1: “No. I love my wife. I love my children. I have priorities with love”

QUESTION #2: Well you must have a favorite movie?

ANSWER #2: Yes, anyone that makes a profit.

Interviewer giggles and squirms some more and asks…

I always chuckle about how everyone in the media treated “Sex & The City 2” as if it was a movie with a beginning, middle and end, plot points and resolutions.

It fooled everyone…. It was nothing but a bloody commercial with likely 50-60 logos in it.

(PART 2: Spending the $3-5 Million… Next week I will do a post specifically geared to spending $3-5 Million to make a movie… the numbers, the real numbers…stay tuned)

The purpose of this post is solely to make you aware of a concept for Funding & Profiting with your feature film assuming you have a guaranteed distribution deal.

Product Placement is a Gold Mine and it is just getting bigger-and-bigger. Especially, as our companies want their products to reach the “eyeballs” in Mainland China.

Here are the best 6-7 sites to read for depth of Product Placement News.

If questions… my NO-BULL “Streaming”, “DVD” and “Live” Film Schools are available at www.WebFilmSchool.com.