ATTN FILMMAKERS: FILM FESTIVAL SECRETS (How to Sell Your Film)

FILM FESTIVAL CIRCUIT (What is the Festival Route?)

You are an independent filmmaker. You have made your Feature Film and, as an independent, you’ve made it with your own money, friends money or relatives money and now desire to get everyone, the investors, money back with a profit.

However, the problem is there “Is No Film Festival Circuit”.

This phrase is something that is ridiculously promoted by traditional 2-4 year film schools. However, the problem is that it makes a wannabee filmmaker perceive there is an organization that you join, a festival circuit organization, that upon acceptance gives you access to either all the film festivals or the organization itself  submits your film to all the festivals….

Wrong… There is absolutely no such organization.

Can you name a city or state, even a town, that does not have a film festival?

There are three reasons to attend a Film Festival. The first is “to be discovered”. The second is to “get a Distributor”. The third is to “sell your film.”

In essence, the three reasons are all exactly the same… “be discovered, get a distributor or sell your film”.

The question now becomes “who is going to discover you”, “who at the distributor makes the decision”, “who has the money to make a deal with you”.

(“Film Festivals are glamorous but, more important, are a business platform where films are discovered, bought and distributed.”)

Distributors know that annually there are 10,000-15,000 independent filmmakers, people like you with a dream, who are making feature films, with their own money, for them to screen…. In essence, you are producing films for distributors for free!

Thus, every distributor has an employee (title is “Acquisition Executive”) whose job is to go from festival to festival looking for one of these films that for whatever reason the (A) screening sold-out (it makes money), there is a (B) clearly defined demographics (it is marketable) at the acreening and when their rear-title-crawl rolls the audience (C) doesn’t politely applaud but stands and screams Bravo Bravo (it has word-of-mouth Buzz).

Now the bottom-line: If you made a feature film, got it into a major (key word “major”) film festival, the theater sells out and the audience loves it… you will likely sell your film or get a distributor, within 30-45 minutes, in the lobby of the theater, where your film has just screened… that is assuming you have 10-15 Acquisition Executives at the screening seeing that it (A) sells out, (B) has a defined marketable demographics and (C) there will be positive Buzz word-of-mouth.

FILM FESTIVALS ARE NOT FREE (What does a Film Festival cost?)

Another point that traditional 2-4 year film schools don’t teach is that film festivals are not free.

Right now: Ask yourself “what does Redford charge at Sundance?”

You have (A) entrants fee, (B) print costs, (C) shipping costs, (D) flight costs, (E) social media costs, (F) Hotel costs and by far the most expensive cost for you at a Film Festival is the fee for hiring a Film Publicist (aka: Unit Publicist) who knows how to get you print, interviews and publicity and, even more important, has the know-how to get 10-15 Acquisition Executives to attend the screening. 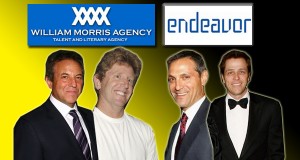 (“At the 20-25 Major Film Festivals all the major agencies send agents to represent independent filmmakers who are about to get deals and don’t know what to negotiate.”)

FIRST: Festival are not free.

SECOND: You must get into a festival that Acquisition Executives attend.

MAJOR FILM FESTIVALS (So What is a Festival Circuit?)

Thus, there are only 20-25 film festivals, from which the Acquisition Executives select, according to their availability, the 12-15 to attend.

It is these 20-25 film festivals that is considered the MAJOR FESTIVAL CIRCUIT.

Below I have done the legwork for you and aggregated a list of 20-25 film festivals, arranged by month-to-month, that comprise the Major Film Festivals, so that when in post-production of your film you can kook ahead 3-4 months and select one and focus 100% of your energy, with a Publicist and Producers Rep, into getting into and making sure the “Acquisition Executives”, who are there, actually come to your screening.

Now you know. There is no Film Festival Circuit or Route. However, there are 2,000-3,000 Film Festivals each year but only 20-25 of them are festivals that, for whatever reason, attract Acquisition Executives.

Ergo, you Film Festival Circuit becomes get into just one of the 20-25 major film festivals.

Then pick one of my film programs.