FILM FINANCING (Does Pitching Work & 10 Low-Budget Funding Articles. I like #7)

OK. You have this great idea. You even have the script and a budget. Plus, you heard a studio executive say that “Studio Low-budget is $15-20 Million.”

No one, especially studio execs at Warner, Paramount, Sony or Disney is throwing you $1-2 Million just because you heard low-budget is $15-20 Million.

But being new and naive you sign up for a class on “How to Pitch” and get your “Elevator Pitch” down to a concise 45-seconds to enter Pitchathons in LA, NY & London like (Raindance’s “Live Ammunition”, or Black Film Festival’s “Pitchathon”, or AFM’s “Pitch Panel”, or subscribed to “MoviePitcher.com” or pay $39 for a “Stage32”) and book a 7-10 minute pitch costing $25-69 bucks each and opt for a package of 10 pitches at $250… 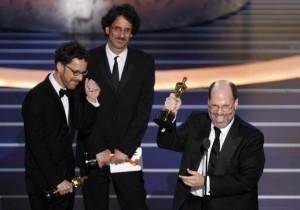 (“If you’re the Coen Brothers with a new Oscar you can pitch. If you are you with no track record… stop wasting money.”)

However, reality is nothing happened at the Pitchathon with your 10 pitches to Development VPs (Hollywood Secret: VP is a Hollywood title for Secretary) but you met this lovely lady, a 42 year old, recently divorced novelist, who flew in from Denver, and hit it off and plan on meeting next month at Telluride for the Film Festival.

Anyway… back to Low-Budget and the question is “So what the F*ck is low-budget”.

Now, what do you, a first-timer who hasn’t even first-timed call Low-Budget?

Now, what do you call Low-Budget?

But you are still romantic and want to believe that Low-Budget is a movie budget that is in the single digit millions and you further believe that this is achievable.

Enjoy the reading and when you are finished, and still likely confused, please-please take one of my 3 politically incorrect, but realistic, film schools (2-Day, DVD or VOD at www.WebFilmSchool.com) to get the honest secrets and tricks to Low-Budget Financing.

However, after you read them, and are still frustrated I beg you to get either of my super inexpensive, politically incorrect but honest, DVD or Streaming Film School programs to truly learn how to finance your first movie.

Want facts, Not theory? Then either of my three Film Programs is perfect for you. 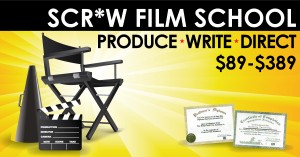