Filmmaking success is not based on revenues and profits. It is, when a first-timer, based 100% on “Did you get financing”.

Think profits, revenues, names, international co-productions, pre-sales, tax credits, cable deals, etc. for your second film but for your your first just focus on (a) get real and (b) financing.

And, by real is meant, accepting that neither you, your mom or dad are marketable names, nor are they billionaires.

Once acknowledged you have an excellent chance of success by starting where the odds are good with either a Mini-Budget (10%), a Micro-Budget (20%) or a No-Budget (80%) feature film.

(“99% of Producers/Directors, even Spielberg, start at the bottom with a 1-location movie… View his first “Night Gallery” episode… two actors, 1-room.”)

Let’s talk a little more on the odds for the 7 basic budget catgories.

(“Blair Witch Project” was a 1-location, No-Budget feature that grossed over $250 Million.) 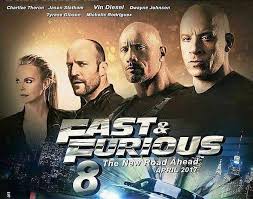 (“Fast & Furious” is a Mega-Budget franchise that started as a Low-Budget movie.”)

A global co-production with an A-list Hollywood actor and an A-list actor from nation where you’re shooting, for that nation has a 40-50% Rebate, Refund or Tax Credit to utilize as long as you spend their money in their nation.

And, with a gift of salesmanship to hustle foreign buyers who have never met you before… it is done.

(“Roger Corman financed over 650 films by pre-selling posters at Cannes.”)

(4) ULTRA-LOW-BUDGET(3.33% Chance of Success): This is a character driven story, a 25-28 day shoot, 7-10 practical locations, no stunts or effects, signing with the 3 guilds (WGA, DGA & SAG) Above-The-Line and non-union Below-The-Line with a fair chance of it obtaining a Producer’s Rep from ICM, CAA or WME and screening at Sundance, Cannes, Tribecca or Toronto.

This is a private placement dog-and-pony show, done by wealthy entrepreneurs, if you qualify you will need only $17-27K ($10-15K for script and casting, with another $7-12K for a private placement, with an offering memorandum) and an entertainment attorney to sell 10-20 units at $20-50K each.

ODDS: 1:30! Getting even better but still not Great. 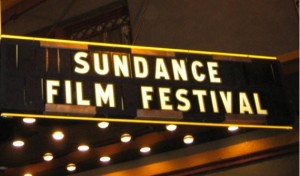 (“Most Sundance Films are 25-28 day shoots, with superb acting and a character driven story.”)

Also be called a private placement and when micro-budget ($100K) and with 20-30 friends/relatives (20-30 units at $3-5K/unit) you have a fair chance of raising money, making the movie, screening at a film festival, buying 50-60 tickets for the investors to attend and watch everyone smile… Oh yeah, you will also likely become an award winning filmmaker. Congrats.

This is a 21st century millennial movie with a traditional film schood grad.

Things happen when you own a script, that takes place in real-time, and hit up your dad to become, what he actually is, your Executive Producer (“Dad gimme $50,000…please.”) and shoot a 1-week movie.

ODDS: 1:5! Good to Very Good. The lower your budget, the better the odds.

(“Tangerine” a recent Micro-Budget discovery at Sundance was a 90-minute, 1-location movie, shot in real time, with 2 Smart Phones… made by a millennial.”)

This, “if you truly want to make-a-film”, will have you finding $10,000 (Uber, Starbucks & Whole Foods) as you get the great script to commence the project….

And this is where 95% of all filmmakers, who are now rich & famous, but didn’t have wealthy parents, started their careers.

ODDS: 4:5! Great to almost Guaranteed. Everyone has money for a “No-Budget” movie.

God likes people who are good humans, with work ethics and absolutely wants them to succeed for they become excellent role models for the rest of humanity.

From Spike Lee, to Ang Lee, to Chris Nolan, to Steven Spielberg, to Q Tarantino, to Will Smith… they are all nice individuals who started with a No-B, Micro-B or Low-B project and moved up.

The odds of success are good if you start at the bottom…and you’re a good person.

God wants you to succeed.