Last week’s post (MOVIE MONEY: Part 1) outlined the wonderful financing source or revenue stream for Hollywood called “Product Placement” and I wrote about utilizing 25-95 Logos, once a distribution deal is in place with a minimum of a 500 print release, to secure $3-$5 Million to make what you will likely market as a “just-under” $12-$15 Million Feature

And although Product Placement revenues have been around since the 40s with films like “It’s A Wonderful Life” (National Geographics) and “African Queen” (Gordon’s Gin) and became very popular and mega-dollars with the Aston Martin/auto in the opening shot of James Bond Films, it has only in the past 7 years become so massive that it PP is now literally 25%-40% of the budget of a Major Movie Studio’s feature film.

ANSWER. Because now that TV has a DVR and people (future viewers) are recording the shows they want to watch; and watch them when they want to watch they have also obtained the ability to literally ZAP (aka: fast forward) the commercials. 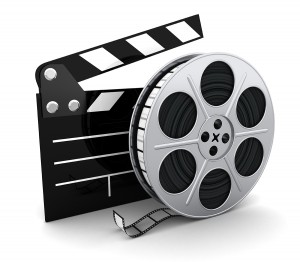 So now a 30-second ad on “Dancing With The Stars” or “Law & Order” that would cost $200,000-$300,000 was on its way to becoming useless… However, Madison Avenue (aka: Advertising World) realized that when someone goes to a cinema, buys a ticket, grumbles about the price of popcorn and sits in a seat… they are literally stuck their, with no remotes & smart phones on off-mute, with their eyeballs 100% focused on the screen.

Today you will notice that any major studio release literally has 25-95 logos strategically placed throughout the movie.

POINT OF INFORMATION: The names and contact information on who to hire and what to learn to actually utilize Product Placement Revenues, and raise 25%-40% of your $3-5 Million budget, was last week’s blog (view at NO-BULL BLOG, www.WebFilmSchool.com) with today’s post being Part 2 is how to spend the $3-$5 Million dollars to make a Movie that you think looks like $10-$12 Million or “just-under” $12-15 Million.

THE $3-$5 MILLION FEATURE FILM (The Concept)

(D) ABOVE-THE-LINE: You will be a Guild/Union Signator of the 3 Guilds (Writers, Actors & Directors)

(F) DIRECTOR: You will hire a DGA (Directors Guild of America member) who has a successful track record of delivering movies and tv shows On-Schedule & On-Budget because you will have to obtain a Completion Bond (3-5% of Budget) to secure a bank loan and the Insurance Company (aka: Bonding Company) will only guarantee a project with a Director who has proven he/she directs On-Budget and On-Schedule. This type of Director will cost $250,000-$300,000.

(G) CAST-STARS: You will be able to now hire 2-3 Names. When I state names these are not A-List movie actors that are bankable (Damon, Clooney, Jolie, McCarthy, etc) because of their name but have a feeling of “Movie” as soon as you say their name like “Bill Pullman, Chaz Palmantieri, Colin Farrell, Jodi Foster, Meg Ryan, etc….

(H) CAST-DAY PLAYERS: You will sign with “SAG” and budget approximately $600/day for each actor. Plus, you have residuals, legal work, workers compensation, payroll taxes, etc.

(I) CREW: You will likely sign with “IATSE” (International Alliance of Stage Employees) because you are getting an interim financing bank loan, based off of obtaining a Completion Bond, and the Bonding Company demands that you are a 100% Union (IATSE) shoot for all crew.

If, however, you have your financing without needing an interim bank loan then you don’t have to sign with “IATSE” and all their rules and still hire qualified crew (shhh! most who are also in IATSE) and do a non-union shoot. 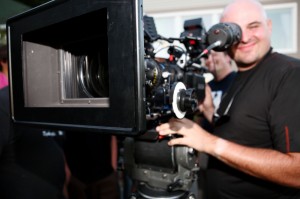 (J) VENDORS-EQUIPMENT: You are now a 3-4 Truck Shoot (One Truck for Lighting, One Truck for Grip, One Truck for Cameras), with a Generator, and 2-3 Trucks for Hair/Makeup & Wardrobe and 2 Trailers for Stars #1 & #2

(N) POST-PRODUCTION: You can now spend more time, due to much more footage, and obtain a quality edit over 3-4 months rather than just 2-3 months.

FOOTNOTE: The man above is a superb producer who knows how to make $12-15 Million Feature Films cost-effectively for $3-5 Million…. Now, just imagine what he could do with $10, $20 or $50 Million in cash?

If so can you share some of your trials and tribulations?

My 3 Film School programs (Live, DVD or On-Demand) are affordable and available at www.WebFilmSchool.com