Is a 4-Year Film School worth it?

This subject has been beaten over-and-over with the only thing sure being that it is a good subject to blog about.

I have found a great article, void of emotion, and full of logic, written by Ryan Koo, author of a new tome, “FILM SCHOOL” that outlines 10 unemotional reasons, that truly have logic, of why a 2-4 Year program today is not necessary.

His 10 reasons (see article below) are: 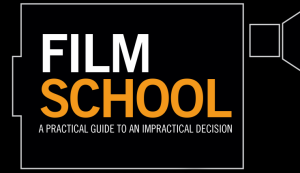 (THREE) COSTLY EQUIPMENT: 30 years ago celluloid equipment, especially 35mm, was extremely expensive and could only be afforded by traditional universities. Thus, the need to attend in order to attempt. Today equipment (4K, 2K, 1080i, 720p, iPhones) are totally accessible every day.

(FOUR) WATCH MOVIES: 30 Years ago you had to go to a school with a 16mm projector and a budget to rent films to watch-and-learn… Today, “Thank you Web”, 1000s upon 1000s are available at any moment to view.

(FIVE) FILM DEGREE: Who is recruiting. Yes, if you are Chinese, in China, or Brazilian, in Brazil, there is an advantage to come to NY or LA, attend NYU or USC, and go home with that degree but if you are American in America….

(SIX) ARTISTS & CLASSROOMS: Many artists are not great at academics and learning in a structured environment called a classroom.

(SEVEN) INTERNET: The web today is literally the greatest college library ever… Plus, websites, YouTube, forums give an amazing amount of practical filmmaking how-to. 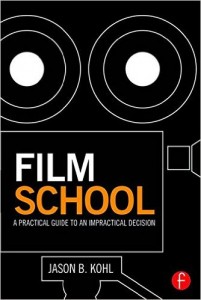 (EIGHT) NETWORK: Sites like Stage32, LinkedIn and forums give the networking means so often stated as necessary.

(NINE) DOESN’T MATTER: You will probably succeed, due to your talent and work ethic, whether or not you attend a film school.

(TEN) HARD KNOCKS: Almost everyone states the greatest learning school is the “School of Hard Knocks”

Personally (yes, my opinion), the two most important reasons why Film School is no longer as important as it was 30 years ago is (1) EQUIPMENT (Cameras, Lights, Edit) are no where as expensive as before and available for anyone to use & learn and (2) INTERNET, the library of 21st Century, gives you so many filmmaking resources at your disposal.

MAKE YOUR OWN FILM SCHOOL.

My belief has always been to “create your own film school program”.

(4th) $10: Scripts: Download 20 scripts from sites like “Drews Script-o-Rama” or “Scripts For You” or “ScreenTalk” and read them

(8th) $0: Get frustrated with Studio Feature project and ask anyone in a “12-Step Program” for advice

Now, during this year you have had a 9-5 job, paid your rent, let the system of filmmaking & Hollywood sink in, written 2 scripts, made one short, attended film festivals, built a networking base and maybe even fell in love.

Next, after you have made your micro-budget feature you have become a pro, but likely still living from rent-to-rent and are planning the world’s first VIRTUAL REALITY FEATURE.

Think ahead, once you have built a foundation… I just pushed you out of the box.

You’ve been thinking Oculus Rif or Sony Morpheus or Samsung Gear… all in the Virtual Reality world and can’t wait to get the headset.

I’m sure it will be great for the gaming industry, for travelogues/tourism and even in the high-end real estate market…. but who is going to make the World’s First VIRTUAL REALITY Movie?

You are ready, you had a good year, wrote a couple of scripts, bought a camera, went to film festivals, fell in love and it only cost you $4,000.

I’m Dov Simens and I truly believe you will enjoy any of my 3 affordable Film Programs (Live, DVD or On-Demand)…