$20 MILLION MOVIE NAMES… LIKE DEPP, DAMON, CLOONEY, DiCAPRIO, even B COOPER or Ms LAWRENCE: PART I (How to Contact A-List Actors)

You got the script. You’re sure its great and you’ve been told “You need a name“. And, you actually have the name of an actor in mind. Now how to you get to him or her and have them talk to you? And, according to Shakespeare, Hollywood’s first hyphenates (Writer-Producer-Director), “There’s the rub”.

(Ever hear of Pay-to-Play? A-List Movie Names are busy. You must book them 12-18 months in advance for 3-5 weeks. Wanna promise them $10,000,000? Then they expect 20%-50% upfront “Pay-to-Play” to commit… You do not have the 20%-50% to book them… Thus, stop thinking about attaching or hiring a name. Think about optioning your script to that A-List Name’s production company and let them Produce it.)

So how do you find this dude; how do you talk with him/her, or in reality, to his/her production company’s Development Executive, and what do you offer.

OK: Let’s just focus first on how to find the dude.

Again, you have the great Script and need to get it to him/her (aka: “the Name”) to either (A) Hire him/her or (B) Partner with him/her or even (C) Sell it to him/her but you need his/her phone number and address…or at least their agent or manager’s contact details, to do so….

Then here’s 5 ways to find them…

First, however, ask yourself is your actor/actress (A) “a Celebrity Movie Name”,  (B)  “a Recognizable TV Name”, or someone you saw on TV that is perfect but is a (C) “a Nobody, but in SAG”.

1st: HOW TO FIND A NOBODY

(When Casting for an Opening Title Credit in your Feature Film you will discover 100s, if not 1000s, of nobodies will come for the Cattle-Call.)

First, if a “Nobody” (AKA: An actor who has worked in tv, is likely a member of SAG but has of yet no Opening-Title-Credit on a feature film)

SAG: All actors that have been around for a while are probably members of the actors union, which is called the “Screen Actors Guild” or “SAG”.

If the actor is in “SAG” then you simply go the SAG website (www.SAG.org) and get SAG’s regional phone number.

Then pick up your phone and dial that number.

Someone will answer and say “Hello”.

You then say the magic words “Representation, please” and you are forwarded to someone sitting in front of a computer monitor and you tell him/her the 1, 2 or 3 names of the actors you’re looking for.

And, if they are a member of SAG, which they probably are….This person gives you the name of their agent or manager and his/her phone number.

Another method to find local no-name, but quite likely superb, actors willing to work for $50-$100/day is to contact your local Film Commissioner who has a directory of actors/actresses in your region.

To find your local film commissioner, they all belong to the “Association of Film Commissioners” whose website is “www.AFCI.org”.

2nd: HOW TO FIND A SOMEBODY (B-List Name)

Second, if a “Somebody” (AK: Actor who has been in movies, has numerous Opening-Title-Credits) 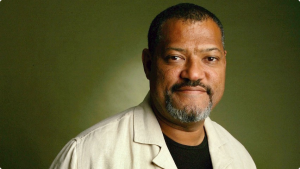 (Most name actors, not mega-names, have a house in Brentwood or Encino or Pacific Palisades, with a $3-$6 Million jumbo mortgage, with monthly payments of $40,000-$70,000… This is pressure and they are available for anyone with a little cash)

To get their contact details go through SAG (as above) to get to the actor’s agent or manager, if the actor is a little bit of a name, will make it very expensive. Thus, when possible, you desire to circumvent agents.

Again: you want to circumvent the agent.

To find the actor’s production company (thank god for the internet) try “Googling”.

Fair chance you find an article about the actor and the name of his/her production company.

Now “Google” a second time the name of the company and you likely will discover the contact details.

Now phone the company and whoever picks up the phone say “Hi”, drop a name (HBO, Netflix, Weinstein, etc), but be cool, and ask for the “Development Executive” then politely hang up and the next day phone back asking to speak with the Development Executive. (PS. Everyone has some cute story on how they made their first contact and backed it up with a script, talent and work ethic… Maybe this is your story.) 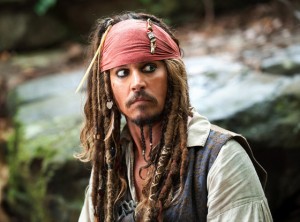 (Johnny Depp loves Hunter Thompson, a literary icon of the 60s-70s, and if you have a script/story that represents Gonzo Journalism (scribbling on acid), then call his company, Infinitum Nihil, and pitch his sister)

Now, to find (A) the name of their company (B) the company’s address and (C) the company’s Development Executive you go to a site that is “www.IMDB.com”. (Ooops mistake, keep reading)

Wait, not “www.IMDB.com”, which is a very good site for free information when researching a term paper… but this is not what you want. You want the Names, Addresses & Phone Numbers then, to get this info, you subscribe for one month to a specific section of “IMDB.com”, which is called ”www.IMDBpro.com”.

****POINT OF INFORMATION: IMDB stands for Internet Movie Data Base***

This site is where you get the actual names, addresses and phone numbers of the production company, with Development deals, that your name actor owns.

Another way to get a list of A-List Actors’ production company deals with major movie studios is to go to Variety (trade newspaper) website (www.Variety.com) and look for the button that says “FACTS ON PACTS”.

“FACTS ON PACTS” is a compiled chart, updated monthly, that lists all the Production Companies that have Development Deals with each of the Major & Mini-Major Studios

Back to IMDB: Want to get your script to George Clooney, to Will Smith, to Drew Barrymore, to Bradley Cooper, to Angelie Jolie…then they own a production company listed on the website “www.IMDBpro.com”. 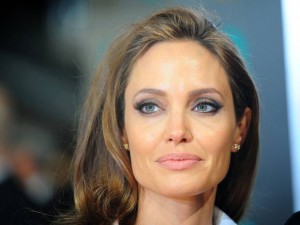 (Angelina Jolie’s production company, with her husband, is “Plan B” which has a Development Deal with New Regency)

So get a subscription (it is cheap)… something like $12/month…I believe that you can get a 2-week free trial… “2-Week Free trial”… look for Angelina’s production company, which is “Plan B”, and obtain it’s address, phone number, e-mail contacts and name of person in charge of “Development”.

This person will always be a VP and he/she is who you call or contact, with your great script or financing secured, when trying to get in touch with an A-List Name.

Fourth & Fifth are two other data-base websites like “IMDBpro”, and a little better than “Facts On Pacts”, which are “Baseline” and “FlixTracker”.

However, they are much more expensive than “IMDBpro”.

And forget about the Hollywood Creative Directories, a series of books that was published and updated annually that listed all the Production Companies, Agents, Managers, DealMakers and Distributors; for they went out of business 3 years ago but you might find one of their old directories on sale at Amazon under “used books” and the names and contact details are still 90% valid.

GOT A SCRIPT? NEED AN ACTOR?

You have the Great Script. Actors are always saying “I’m looking for a Great Script”…now, assuming you have the great script then use these tips to get their direct contact details, circumvent their agent, and talk with their development executive with hopefully a “Pay-For-Play” offer.

What is the name of Johnny Depp, or Drew Barrymore or George Clooney or Matt Damon’s production company?

Then go to “IMDBpro.com” or “FACTS ON PACTS” or “BASELINE”… and you will find it.

5 comments on “$20 MILLION MOVIE NAMES… LIKE DEPP, DAMON, CLOONEY, DiCAPRIO, even B COOPER or Ms LAWRENCE: PART I (How to Contact A-List Actors)”