HOLLYWOOD LIES: “THE MOVIE BUDGET IS”

NO-BULL: The key to knowing a film’s budget is not in listening to panelists at festivals or reading trade articles in newspapers like Variety or Hollywood Reporter…

The secret lies in first knowing “How long was the shoot”. And once you know how long the shoot was you secondly can back into the amount of money (aka: budget) that was actually spent to make-the-film rather than listening to or reading the inflated number they’re using to market-the-film.

Alway remember… “Hollywood Lies” and the budget that you read about for any specific film is 99.9% of the time grossly inflated.

Because they, the producers or distributors, lie… Actually they don’t lie “they market”.

For the true budget-of-any-film, which you want to know, is nobodies business except the IRS, an Accountant and the Investors.

(“Everyone in Hollywood knows that a film’s true budget, it’s “negative cost”, is no one’s business except the investors and the IRS.”)

Can you name me any manufacturing industry in the world, there are probably 30,000, where the manufacturer (aka: producer or Distributor) actually tells the consumer (aka: viewer) what it costs to make their product just prior to trying to sell them their product?

Go ahead name me any industry, other than the movie industry, where they actually promote the cost of manufacturing the product.

Only the movie industry tells the potential consumer/viewer the budget cost of making their movie.

Duh. Let’s stop and think for a moment.

Do you really believe that when Warners, Paramount, Weinstein, HBO or Disney tells you (aka: markets) what the “Budget is” they are actually telling the true cost of manufacturing (aka: negative cost) their product?

Do you really believe them…do you?

So why do they do that?

Simple, they use the budget as a marketing ploy, massively inflate the number, make it appear to be more expensive in hopes of you giving them $12 Bucks at a theater to view… It’s marketing.

Example being if you, a Producer, just spent $300,000 to physically make your film, probably a 3-week shoot, and at a festival, where you are on a panel, someone in the audience asks “What was you Budget”? Your response should be “It’s none of your bloody business” but you will definetly not say the number, $300,000, and likely inflate it with the words “just under” advancing it and proudly state something like “Just Under a Mill” or “Just Under $1-2 Mill” or “Just Under…whatever number you think you can get away with”

The key to knowing truly what is a film’s actual budget is by knowing “How Long Is the Film Shoot”, knowing the nuts-and-boilts costs of production and backing into it. 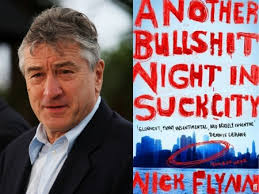 “3 recent Oscar Winners were low-budget Indy Films with shooting schedules of 18-40 days” at my “2-Day Film School (WebFilmSchool.com) I teach how to do a 7-18 Day Indy Shoot step-by-step.”)

“MOONLIGHT”, allegadly a $1.5 Million movie (I am close to believing this) was a 25-Day Shoot.

Thus, if you know the actual nuts-and-bolts costs of filmmaking, these 3 movies are an 8-week, a 3-week and a 5-week shoot… now back into it.

Some simple nuts-and-bolts are. 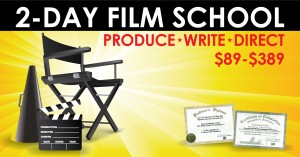 Your first feature film, taught step-by-step at the 2-Day Film School (Live, DVD or Streaming @ www.WebFilmSchool.com) is either going to be a…

POI: “WHIPLASH”, because a Guild & Union Shoot with a name actor, but not yet a Movie Name, “J K Simmons”, had a higher cost than what is taught at my “2-Day Film School” is the same principal of being a 90-page, 1-location (the school, with it’s office, hallway, practice room & auditorium along with 3 other 2-page locations), when you deduct the Guild & Union costs, the budget is likely “Just Under $1 Million”.

Want facts not theory… Then my Film Schools are perfect.