Hollywood (Warners, Paramount, 20th, Universal, Sony, Disney, etc.) have a simple saying that you, the independent filmmaker(s), have never heard… but they say it all the time & it is the truth.

So what is the saying?  I hope you’re an adult, mature and ready for honesty.

The saying is… “Producers get F*cked. Distributors do the F*cking”. That is not all of the saying.

(Harvey Weinstein is a great Producer for he controls content)

The key to success in Hollywood and with movies in general is to control content and be the person/company that (A) collects the money, (B) creates the accounting statement and (C) distributes (if any, Yuk-Yuk) the money. 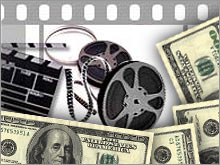