PRODUCING A MOVIE IS NOT DIFFICULT.

Huh? Yes, yes, yes… I know that headline is controversial especially since you’ve had this amazing idea (even have the script) festering inside you for the last 3-5 years and can not get anyone, whether in-or-out of Hollywood, to believe in you.

Stop. Don’t get frustrated, merely understand that there are only 2 methods or approaches to financing your great idea or script and getting it made.

Let’s cut-to-the-chase. Is your daddy a Billionaire?

This method simply states that (A) you or your parents are mega-mega-wealthy which allows you to hire attorneys, employ writers, option properties, contract names, prepare budgets, attend Cannes, try to pre-sell, get frustrated, defer your Producer Fee & write your own check (aka: Daddy’s money), make the movie, pay for festival screenings, secure a distribution deal and, although grossing $10-50 Million at the Box Office, your movie never-ever generates a Profit…

You are probably not qualified to be a Producer-Dealmaker. However, there are, at this very moment, almost 10 of them in Hollywood who are producing quality movies that very few people will see.

Hollywood loves these people (see below 6) and actually brands the money they bring to the movie industry, thinking it’s an art form, as “Dumb Money”.

IMPORTANT POINT: I ain’t knocking them for if you look at the films their money makes you realize the quality of their ideas. But the point I’m making is that “that is them… Now how about you…. They can do whatever they want… for they are Producer-Dealmakers… They are not role models… They have access to almost unlimited cash… but you… you don’t… you got rent to pay… you gotta make a living so you gotta think low-budget and use the Producer-Filmmaker approach to launch your career.

But first 6 contemporary Producer-Dealmakers are… 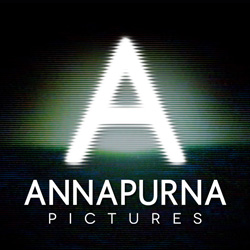 (If you owned Oracle… you can be a Hollywood Producer)

She is the daughter of Oracle co-founder, Larry Ellison.

He’s the son of Min Kao, the billionaire, co-founder of Garmin.

(If your dad owned FedEx… You can be a Hollywood Producer)

She is the daughter of billionaire Fred Smith who founded FedEx.

He ain’t a son-of he is the actual billionaire, founder of Jones Apparel group

MOVIES PRODUCED: “Place Beyond the Pines”, “Age of Adeline”, “Hell or High Water”

Another self-made billionaire who created e-Bay.

There is also the daughter, Gigi Pritzker, from Pritzker clan, the family that owns the Hyatt Hotels, who is “STX Entertainment” and Produced “Drive”, “Draft Day”, “Rabbit Hole” & “Rosewater”, with the son, Teddy Schwarzman, of Blackstone chairman, Steve Schwarzman, founding Black Bear Pictures and producing “Imitation Game”, with possibly the daughter of New Regency Distribution, founder, Arnon Milchan, being amidst the group.

And this group has replaced, but not outdone, or will be outdone, by the next generation, of Indian Bollywood mogulettes, Saudi sheikesses, Hedge Fund offspring, Silicon Valleyites or Silk Road shipping magnatesesses.

By-the-way this method of financing is called “Dumb Money” and it is, and always will be, an integral part of Hollywood.

Now, if you know anyone who has “Dumb Money” then absolutely tap the source and Produce your idea.

But if you do not have direct access to “Dumb Money” then your only method (as taught in my 2-Day, DVD & Streaming Film School programs) is the “Producer-Filmmaker” method that has you becoming a “Filmmaker-Screenwriter”

OK, so your dad didn’t invent Saran Wrap, or has the patent on Radar, or created Sudoko… and you don’t hang with billionaires or have no access to “Dumb Money” then I guess the Producer-Dealmaker approach is out.

What remains is the Producer-Filmmaker approach (stop dealmaking, you ain’t got the money, drop the budget, drop the budget even more, drop the budget even more again, re-write the script, cut the locations to 2-3, and produce your first movie at Micro-Budget to Low-Budget) with $10,000-$300,000 from either a sugar daddy, crowd funding or a private placement, kick in a work ethic you never knew you had, demonstrate your talent and hope that g-d likes you.

Part II: The “Filmmaker-Screenwriter” Approach, or being a Producer-Filmmaker, which is the realistic way to commence your career, is my next post.

2 comments on “BE A PRODUCER. (2 Proven Approaches… Part 1 “Producer-Dealmaker”.)”