However, PBS (Public Broadcasting System), which is not Hollywood but a government funded program, supported via under writings, pledges and public donations is a relative easy medium for women, if they unify, to break the female director’s glass ceiling.

ANSWER: With a simple edict by PBS… The edict being that 50% of all programs, PBS funds or programs, must either be Produced, Written or Directed by a woman… with bonus points for ethnic minority women. 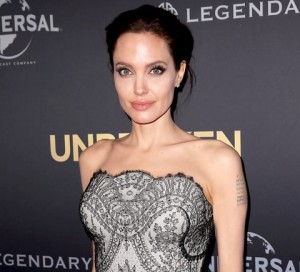 (“Angelina Jolie has used her marketable power to direct features like “By The Sea”, “In the Land of Blood & Honey” and the upcoming “First They Killed My Father.”)

So women how do you make this happen?

It is possible to stop PBS’s unwitting mysogynnistic programming practices by first mass calling the FCC (888-225-5322), where 50% of the 4 Commissioners are women (Ms Mignon Clyburn & Ms Jessica Rosenworcel) and PBS, whose President & CEO is a woman, Paula Kerger (703-739-5000), and notify all three women that the Women-of-America (“women control the purse strings”) will cease pledging donations to PBS and will boycott any corporation that funds any project, programmed on PBS, that is 100% produced, written and directed by men.

Now, that is PBS but this blog is not about PBS but Hollywood, which is an industry run by corporations (Studios & Networks) with stock holders living with the subtle edict of “Want to send a message… call Western Union”… who acknowledges, behind closed doors of course, that they are in the business of renting seats, selling candy, generating downloads, peddling plastic discs and aggregating eyeballs.

Yes, the 6 major studios and 20-30 tv/cable networks called Hollywood is in the business of “renting seats, garnering eyeballs & making profits” and if women unify and approach studios and networks with their buying powers they will absolutely raise the level of female directors and producers from today’s 15% who have Development Deals to at least 30% in 3-5 years and tripling Feature Films directed by women with three practical solutions (see below) and quite possibly create parity in 5-7 years.

First some groundwork: Today of the 139 Producer Deals (aka: Development Deals) dispensed by the 6 major studios for next year’s crop of features only 20 have been given to female producers or directors with two studios, both run by women, Universal (Donna Langley with deals to Elizabeth Banks, Deborah Forte, Tina Fey, Eva Longoria, Charlize Theron and Samantha Vincent) and Fox (Stacy Snider with deals with Nina Jacobson, Karen Rosenfelt and 3 Animation Companies owned by women), comprising 60% of those deals. 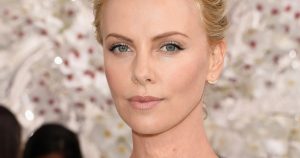 20 years ago there was only one woman, Sherry Lansing, who ran Paramount, so if I was a politician and pandering for the female vote, which I am not, I could tongue-in-cheek proclaim that under my tutelage there has been a 100% increase in studios run by women…but that’s being a politician (boy do I dislike politicians… Republicans & Democrats… they’re both the same) who refuse ruthless honesty and play misdirection games which is what my No-Bull Blog is not about.

First, the 6 major studios with director deals or opportunities for women, are…

There are 3 ways (solutions) for women to break Hollywood’s glass ceiling, with it’s corporations, who need to profit, and direct feature films.

(1st) SUPPORT EACH OTHER: 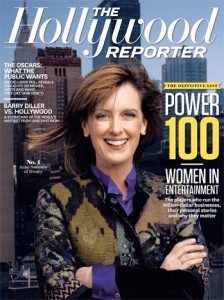 The first is to support each other: Women if you want to direct then pitch women with power, which means women with studio Development Deals… who in turn are pledged to support women.

Below is a short list of 8 females who have the power, with studio Development Deals, to hire a woman to direct and have the movie distributed by a major studio.

These 8 women, with Development Deals, have the power to give other women the opportunity to become bankable directors but this likely is asking to much of the eight…

However, I propose a much better way for women to support each, to direct 50-100 feature films per year (see below, solution #3) which is titled “WOMEN-MAKE-MOVIES”.

But, for a moment, let’s continue to solution #2.

The business called Hollywood, controlled mostly by old white guys, will like that.

Permit me: There are numerous women, ladies with amazing talent, like Holly Hunter, Jessica Lange, Drew Barrymore, Susan Sarandon, Scarlett Johansen, Emma Stone, Reese Witherspoon, etc., who as soon as you attach their name to a project you instantly think “That’s a movie”, for they are actors who do not appear on tv with a recurring episodic role, where when you watch for free… Although very good salaries the double edged sword is the audience starts thinking of them as a free commodity whose fan base, that is use to viewing them for free for 30-60 minutes, has no desire to pay $12-$15 to look at them for 90-minutes.

The point. If you, likely an A-list woman, want a movie package to get financed, with you as director… Attach movie actors not tv actors. 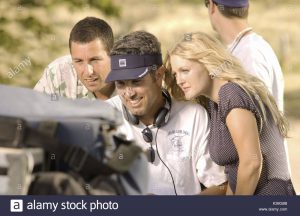 (“Drew Barrymore, a superb actor, initially lowered her per picture price and launched a directing career with her production company “Flower Films”.”)

Thus create a bankable project with you, a talented A-List movie actress, who has a burning desire to direct, is willing to lower her salary from Millions to Multi-Thousands to garner her 1st directing opportunity.

This will not be a major studio release, but a high profile independent distributor release and to offset her discounted salary she, in return, keeps a higher percentage of the back-end (aka: first position deferrals) and possibly direct ownership of one-two revenue streams (dvd, cable, tv, etc.) for the third and fourth windows.

Therefore, packaging your project, if you are not an A-List actor but with an A-List female’s movie name attached to direct, with only a $100,000-$200,000 salary for a 5-week shoot, with two of her fellow tv actor/actresses friends receiving $50,000-$100,000, to obtain an Opening Title Credit in a feature film, you should easily have your manager or agent, with what-they-call a $5-7 Million Feature, with 3 names attached, garner $1,000,000 in cash, which is enough money for a quality crew & equipment for a 5-week shoot, from a distributor while creating an opportunity for a woman to direct.

This does happen each year… but it is rare.

Now let’s get to solution #3, which is for all women, which I truly believe is the absolutely best way to have 50-100 women (yes, 50-100) each year direct 50-100 feature films and will start a permanent movement that shatters Hollywood’s Glass Ceiling.

And if that one also profits you will direct an even higher budgeted Medium-Budget Studio Feature Film and if that profits… you are now an integral part of Hollywood and procuring a studio development deal, along with the 8 women in solution #1, and direct as long as you desire.

What I am about to propose cannot be done by men… it can only be accomplished by women.

But, once again, you must approach Hollywood as a business.

(“”Women-Make-Movies” and women directing is a concept I teach step-by-step at my “2-Day Film School” at www.WebFilmSchool.com “)

Micro-Budget Filmmaking is real:  Camera’s are cheap, scripts are plentiful and making movies, with quality stories, for $20K-$100K, is absolutely doable.

With this highly marketable concept it is my firm belief that a movie, even a Micro-Budget movie, made by “WOMEN-MAKE-MOVIES”, with a quality story, with absolutely no men anywhere … will be easy to market, easy to self-distribute and easy to profit with while creating a platform for 50-100 first-time women directors per year… each and every year to direct.

Want facts not theory… Then my affordable Film Schools are perfect for you.