SCREENWRITING SECRET ON HOW TO GET AN AGENT… (BONUS: 5 Boutique Script Agencies)

You’re a Screenwriter (so you say) and have an amazing idea for a great movie. Maybe you even have the perfect pitch and have written & registered a perfect treatment as told to do in that seminar titled “How to Sell Ideas” or “How to Get a Literary Agent” or “Hollywood Loves Ideas”, etc., given at an expensive ($150,000-$250,000) 4-year theory laden film school.

Oh yeah… at the end of the class, in the last couple of moments, the instructor or panel moderator gently suggests “you need a literary agent” or “it is very important to have an agent”. But… it’s been three years since you have had this great thought and you keep hearing “you need an agent” but can’t seem to get one.

So what’s the bloody secret or trick to getting a Hollywood movie agent when you are a writer?

(Always remember, “Writers-Write and Thinkers-Think”, and if you desire an agent to represent you as a writer than you better write.”)

The answer is simple…. Write the great script.

But you say you only have (A) an idea that is great, or possibly a (B) pitch that is perfect or even a (C) Treatment that is registered with the Writers Guild of America.

Then, if that is all you have, then you are not going to get a true Hollywood Agent to represent your ideas (aka: thoughts) unless of course your parents are (A) Billionaires or (B) one of your relatives, with the same last name, is a Bankable Star…. yes, Hollywood loves money and marketable names.

Again, so what’s the Screenwriting Secret to getting an agent?

Again, the answer is simple… Write the great script, but now permit me to add some practical information.

When starting a career as a writer and you’ve paid between $99-$299 for screenwriting software, be it the most commonly used (“Final Draft”), or opted for a more-than-adequate cheap software (“Highland”), or a very good full-service software (“Fade In”), or are totally broke and are using the free software (“Celtx”) the secret is… write three scripts.

Simple: There are two reasons for writing 3 scripts.

(The proper software programs to use are either going to be Final Draft, Highlander, Fade In or Celtx.)

FIRST, It shows the agent that you can write for the 3 major screenplay buyers.

SECOND: It makes it easy for agents, or their independent readers, to discern how good you truly are.

…Which one do you think the agent, or his/her reader, is going to look at?

Why? Double-Duh…. Because it’s the least amount of work to do (reading for agents… is work).

Thus, write a great 22-25 page script (likely a TV sitcom, technically called your “spec script”) that you already know the (A) characters, (B) their voices and (C) the 4-5 sets.

Now write a great 22-25 page script (your spec script), along with a studio feature film script, and an independent film script and you’ll have a better chance (never a guarantee) that you will get someone at that agency (a reader, a mail room boy/girl, an assistant, an inter, an agent) to pick up your 22-25 page script, instantly see that it is typed in the write format and peruse the first page. 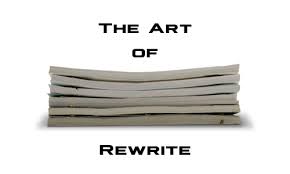 (Remember, “Nothing is Written… It’s Re-Written…”)

Now, if the first page is great.

If the ten pages are great.

…Voilla! You now have an agent, who is setting up pitch meetings with TV/Cable Networks execs, Movie Studios and Production Companies. 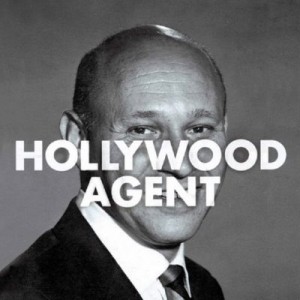 (“You can lead a horse to water but you…” Point: You must do some legwork. So Google these agencies. Get their phone numbers, agents’ names and e-mails… and proceed.)

…And if you are committed and have talent (it can’t be taught), then take any of my three affordable ($89-$389) film school programs to launch your career. Thousands before have done so and are now professional Writers, producers and Directors.