HOLLYWOOD WOMEN STATE “WHAT MEN ARE BETTER AT… OR SO THEY THINK”.

Are men in Hollywood better than women or is it vice versa… Here are 22 Hollywood Women (7 opinions & 15 phone numbers) to incite you into filmmaking action.

(ONE) Nancy Dubuc (A&E Metwork) states, “Projecting confidence even when there’s not much to be confidant about”

(TWO) Kristine Belson (SPA staff) says, “Being selfish. Which sounds like an insult, but I absolutely do not mean it that way. I envy men this quality”… 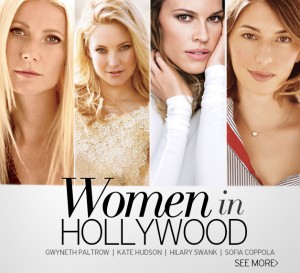 (FIVE) Jane Winograde (ABC staff) says, “Applying for positions/promotions whether or not they meet a majority of the stated criteria for the job”

Below are 15 women, power brokers who have achieved and are in the position to mentor, guide or even hire. Why not give them a phone-call. You likely won’t get them on the phone but receive their receptionist… Now lets see how good you are at the gift-of-gab and ask the receptionist “Oh So-and-So stated I should call and talk with Human Resources (pause) Could you put me through? (pause) No, but could you give me their extension… thank you?”

Hang-up politely. Dial Human Resources and “Name Drop and state So-and-So told me to…”… Everyone, man or woman, whose parents are not billionaires or already media famous, has a weird story of how they got their start… Maybe this will be yours?

PS: As the visuals show, most of the names came from the weekly trade, “The Hollywood Reporter”, that once a year publishes an issue dedicated to the TOP 100 WOMEN IN HOLLYWOOD…. Thus, “want to network?” …. then get that issue and start from the top #1 and go to #100 with phone-calls… Miracles do happen… Everyone has a weird story of how they got a start… Maybe these phone-calls will become your story.

Please give it a shot. Give them a call. Yes, the numbers are just for general switchboard… However, miracles do happen…