CAA Agency is The World’s Largest

There are 6 MEGA Agencies in Hollywood that represent Actors, Directors, Writers, Singers, Comics, Speakers and Producers,. They are “CAA:, “WME”, “ICM”, “UTA”, “APA” & PARADIGM. And the largest, even after the alleged UTA raid of 8-10 top Talent agents, is “CAA” (Creative Artists Agency) 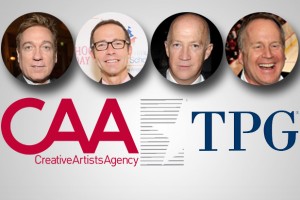 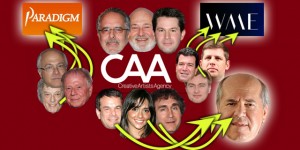 Started in 1975 tThey have become the home of the A-List Movie & TV talent be they Writers, Directors, Actors or Producers but have recently gotten into the Sports Management industry with the launch of CAA SPORTS and quickly grabbed representation of Derek Jeter (Baseball, NY Yankees), Sydney Crosby (NHL), David Beckham (Soccer) and now reps almost 1,000 jocks.

Further in 2008 CAA continued to diversify by becoming a large stockholder in Evolution Media Capital (venture funds) and invested in companies like Fred Segel, Fender and Scopely… Recently TPG Capital invested $166 Million, plus an additional $75 Million for a 35-40% share in the hopes of taking the company public and literally cashing-out.

Adviser: Start by trying to speak with the Heads & Co-Heads of the Literary & Talent division of Motion Pictures. When you call let’s see how cool you are or how good a salesman you are but likely you will get past the CAA front office receptionists with persistence but not past the “first screener” for the agent… but who knows? Everyone has a story of how it started and all I know is if you don’t call… there will definitely be no story.

Below are the top 7 Department Heads (Talent & Literary) for the Motion Pictures Division.

Remember… They have over 1,500 Agents/Employees