WME Agency is 2nd largest in the world… and trying harder 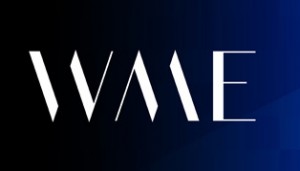 Proper name is William Morris Endeavor. It was merely just William Morris but merged in 2009 with a second agency Endeavor and it was called WME2 and now just WME.

The agency was started in 1898 by a German immigrant, William Morris (aka: Zelman Moses), who represented Vaudeville Acts and during the silent film era Mr Morris and his agency represented Charlie Chaplin, Mae West, the Marx Brothers and Al Jolsen.

In 1930 Mr Morris sr turned over the agency to his son and passed away in 5 years during which time his son relocated the agency to California, first at Hollywood & Vine and then Beverly where it is still today.

William Morris, never standing still with complacency, now ventured in the ’50s & 60s into the music business and became a powerhouse by representing The Rolling Stones, The Beach Boys, Sonny & Cher and the Byrds and in 1973 the agency was the first to establish a Nashville office.

Today, post 2000, the agency had it’s first true crisis as fellow agents George Lane and Mark Cardonick left to open CAA (today’s largest agency in the world) was founded along with Michael Ovitz, Ron Meyer, William Haber, etc., but bounced back in 2009 with a merger with boutique agency Endeavor and formed today’s WME in the former Endeavor office on Wilshire Blvd.

Like CAA, WME has had a massive infusion of equity capital from Private Equity Firm “Silver Lake Partners” and has used the cash, like CAA, to get into the sports promotion and marketing business by buying IMG.

THE MAILROOM at WME

HOT TIP: Secret way to get into Hollywood (I’m sure you’ve heard about it, now try it) and become an Agent (this is where you start), and then a Development Executive, or a Producer… that is assuming you’re not making millions as being an agent

AGENT TRAINING PROGRAM: Great Tidbit of info. The “mailroom” is actually a phrase used at William Morris for it’s in-house agency training program…which is a superb way to learn the business and become a deal-maker, assuming you have amazing personal skills & a super-human work-ethic & are blessed with being an amazing salesman.  PS. Why not phone William Morris Endeavor (see number below) and apply to the training program, move to Beverly Hills and start dealmaking (Note: It ain’t gonna be that easy) 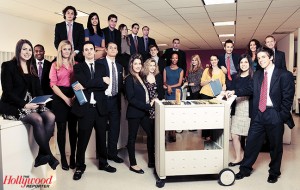 You start off in the basement with 20-30 other Phi Beta Kappa grads. You literally go office-to-office and deliver the mail… and you are in hopes that within 4-months you get an actual desk, and become Assistant #2, with an agent.

Duh? Huh? I am not going to explain what “smart elevators” (ADD sidebar) are but when you take your project and go to the Beverly Hills office, walk past the lobby’s receptionist, where you query about WME floor number and you press that floor on the elevator button what occurs will “make you stupid”.

Oh, I got it they purposely put in elevators, called smart, that actually make you dumb, and now you are ready to be taken advantage of at a meeting…. very interesting.

Confused… Next time in Beverly Hills, park your car, and walk to 9601 Wilshire Blvd (you’ll quickly find the door is not on Wilshire… very interesting), Beverly Hills, CA 90210 and walk inside an press a button on the elevator… I promise “you will feel dumb”. 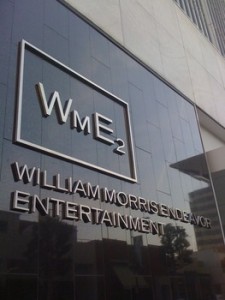