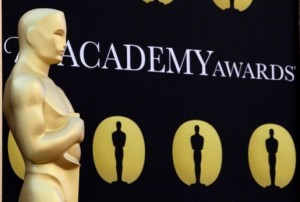 END_OF_DOCUMENT_TOKEN_TO_BE_REPLACED

The Million Dollar Feature Film? The $2-3 Million Feature? The $20 Million Budget? The $50 Million Studio Feature? The $200 Million Mega-Budget Franchise? Budget amounts are all over the place and first-timers need to know “what does it really cost”

END_OF_DOCUMENT_TOKEN_TO_BE_REPLACED

You got the script. You’re sure its great and you’ve been told “You need a name“. And, you actually have the name of an actor in mind. Now how do you get to him or her? And how do you him or her to talk to you? And, according to Shakespeare “Now, There’s the rub”.

(Ever hear of Pay-to-Play? END_OF_DOCUMENT_TOKEN_TO_BE_REPLACED

$1 MILLION MOVIE IDEA (Be Careful. Ideas Get Stolen… 1st Write a Treatment. Then Own It. Then Sell It)

But beware, even if you have a great idea, an unbelievable variation of one of Shakespeare’s “20 Master Plots” or an amazing twist on Joseph Campbell’s “The Heros Journey” (superb storytelling books you can obtain at the www.WritersStore.com or www.SamuelFrench.com websites…

END_OF_DOCUMENT_TOKEN_TO_BE_REPLACED

WOMEN WANT TO DIRECT?… (Learn the 4 Secrets to Being a Female Director)

However, PBS (Public Broadcasting System), which is not Hollywood but a government funded program, supported via under writings,

END_OF_DOCUMENT_TOKEN_TO_BE_REPLACED

GET AN AGENT: THE SECRET (Power Agents come from Power Attorneys… Top 25 are)

Yes you need an agent.

Further you need a Hollywood agent powerful enough to get calls answered and, of course, knows how to sell scripts, create packages, attach names, take meetings with deal-makers and help with pre-sell financing.

END_OF_DOCUMENT_TOKEN_TO_BE_REPLACED

WANT TO DIRECT? (The Secret: Hire a DP… DPs are Directors without Egos)

Confused about shot selection? Where to put the camera? What lens to use? How to dolly? How to frame shots? When to get a Master, a Medium, or a Closeup? When to use a Dutch Angle? When to do the cool Zoom-In Dolly-Out shot? How to make sure your setups cut together?

Well, stop being confused. Why? Cause that’s not your job…

END_OF_DOCUMENT_TOKEN_TO_BE_REPLACED

HOLLYWOOD’S BIGGEST LIE (“The Budget Is? What it Costs to Make a Movie.”)

Let’s talk budgets. Movie Budgets to be specific… and how they so clearly demonstrate that “Hollywood Lies”.

The budget. Why is everyone so obsessed with the budget.

Everybody wants to know “What’s the budget of your movie” and on the other side of the coin everyone wants to say “My budget is….

END_OF_DOCUMENT_TOKEN_TO_BE_REPLACED

MOVIE PROFITS (What is Best Budget for Profits? The Filmmaker Odds for Success are?)

END_OF_DOCUMENT_TOKEN_TO_BE_REPLACED

Five Characteristics of a Good Scene, and Eight Signs of a Bad One

There are probably many more features that could be listed to describe scenes that “work” or “don’t work,” but here are some essentials as written by “Sreenwriters University” at the site (www.WritersStore.com) which is the best resource for Screenwriters as well as Writers, Poets, Journalists and Lyricists.