WANT TO PRODUCE OR DIRECT? (Be Realistic)

Want to Produce or Direct a profitable Feature Film?

Then here are the odds-of-success with either a No-Budget, Micro-Budget, Ultra Low-Budget, Low-Budget, Medium-Budget or Mega-Budget Feature Film.

END_OF_DOCUMENT_TOKEN_TO_BE_REPLACED

Yes you need an agent…an agent that gets phone calls returned, that believes in you, loves your ideas and specializes in the craft that you or your projects are in, such as… Talent, Literary, Packaging, Movie, TV, Non-Scripted, Music, Culinary, Sport, Speaker, Comics, Lectures, Commercials, VOs, Editing, Cinematography, Visual Effects, etc. 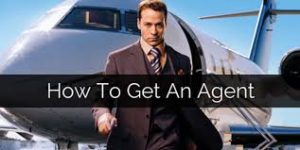 END_OF_DOCUMENT_TOKEN_TO_BE_REPLACED

SELL YOUR SCREENPLAY (Know Who Buys Scripts. How To Contact. Get an Offer. Get an Agent.)

SELL YOUR SCRIPT… BUT TO WHO?

Want to Produce a Movie, Sell your Script or Finance your Idea/Treatment?

Then, stop calling Movie Studios. Stop pitching bullsh*tters at cocktail parties. Stop thinking you’re about to get an agent-who-believes-in-you.

END_OF_DOCUMENT_TOKEN_TO_BE_REPLACED

In 1997 Canada, specifically Toronto (which doubles for USA cities), opted to compete for Hollywood Money by offering 25% rebates/refunds to any production that was to-be-shot in cities like New York, Chicago, or Boston, or Philadelphia, or Baltimore, etc.

END_OF_DOCUMENT_TOKEN_TO_BE_REPLACED

SELL YOUR SCREENPLAY (Got Guts? Rate Your Script.)

YOUR SCREENPLAY: It is Either GREAT or It SUCKS

Your script is the key to opening the doors… And, let’s cut-to-the-chase.

For a first-timer you only have one shot, don’t waste it and your script better be GREAT… Nothing short of great will do.

Always remember, “Hollywood can get away with mediocrity but first-timers, someone like you, good is not good enough and only GREAT will do”.

(Your script is either Great or it Sucks…

END_OF_DOCUMENT_TOKEN_TO_BE_REPLACED

First, a Festival is where you attend, with your finished film, to screen for buyers (aka: Acquisition Executives) for them to see that your film sells out (it is marketable), has a clearly defined demographics (who bought tickets) and that when the Rear Credits roll the audience doesn’t just politely applaud but stands, yells & screams “Bravo, Bravo, Bravo” (word of mouth).

If this occurs and you have achieved getting 12-15 Acquisition Executives into the screening who see that this “Bravo,

END_OF_DOCUMENT_TOKEN_TO_BE_REPLACED

ATTN FILMMAKERS: FILM FESTIVAL SECRETS (How to Sell Your Film)

FILM FESTIVAL CIRCUIT (What is the Festival Route?)

You are an independent filmmaker. You have made your Feature Film and, as an independent, you’ve made it with your own money, friends money or relatives money and now desire to get everyone, the investors, money back with a profit.

Now, what do you do?

END_OF_DOCUMENT_TOKEN_TO_BE_REPLACED

Have a script? Need an agent? Allow me to help and if you’re a graduate of my “2-Day Film School” you will ignore the commonly opined phrase “We do not accept unsolicited manuscripts” and know exactly what to do.

Below, other than the powerful Big 6 Agencies (WME, ICM, CAA, APA, UTA & Paradigm), is a list of 25 Medium Sized and Boutique Agencies who are (A) licensed,

END_OF_DOCUMENT_TOKEN_TO_BE_REPLACED

1,500+ HOLLYWOOD AGENTS (Packaging, Talent or Literary. How to Get One)

THE HOLLYWOOD AGENTS: THE BIG 6

Yes you need an agent…an agent that gets phone calls returned, that believes in you, loves your ideas and specializes in the craft that you or your projects are in, such as… Talent, Literary, Packaging, Movie, TV, Non-Scripted, Music, Culinary, Sport, Speaker, Comics, Lectures, Commercials, VOs, Editing, Cinematography, Visual Effects, etc.