The Key is and always will be “GRAB-THE-READER”

SCREENWRITING SECRETS: Last week’s Post had 4 Scriptwriting Pointers on Readers and their mentalities with respect to Format, Structure & Job and I ended with I will Post the Tricks on Part 2.. Okay, here’s Part 2 and the 3 Tricks.

END_OF_DOCUMENT_TOKEN_TO_BE_REPLACED

25 years ago when I first came to Hollywood-land my first paying jobs were as a Reader-of-Scripts (aka: Doing COVERAGE) for Production Companies that could not afford $120-$250K per year for a Development Exec with a Masters degree in literary from Harvard, Yale or Cambridge… but they could afford a dude like me $25-30 for a 90-100 Page script.

POINT # 1; Over 3 years I read and did a 2-page Book Report called “COVERAGE”

END_OF_DOCUMENT_TOKEN_TO_BE_REPLACED

NON-SCRIPTED TV: Got an idea for a Reality Series. Below are the 18 most powerful Reality Dealmakers 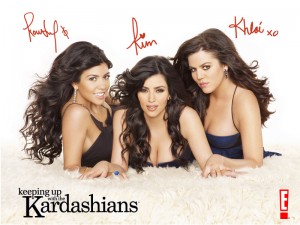 REALITY TV: First, a Fact & a Pearl of Wisdom…

(2) PEARL OF WISDOM: You have no track record of ability to deliver an entire season of 4-13 episodes (on-time & on-budget) so you ain’t pitching directly to the funding network.

END_OF_DOCUMENT_TOKEN_TO_BE_REPLACED

AGENTS: Specifically you want a Literary Agent, at one of those power agencies, to sell your Script for a Low 7-Figure amount but you take a High 6-Figure deal if it comes with (A) some points on the backend…and yes you’ll even accept it as an option deal… if you (B) can direct.

Your Script is frickin’ great. You paid $100 bucks for Coverage and the Reader said it’s great.

END_OF_DOCUMENT_TOKEN_TO_BE_REPLACED

FINANCING (*No-Bull!): Funding $10,000-$1,000,000 for your first truly Micro- or Low-Budget Feature is relatively easy if you are realistic about your (A) script/package, (B) what you can handle and (C) your budget rather than naïve and romantic.   Okay, let me get to the NO-BULL, permit me to cut-to-the-chase and show you how to fund your first movie…. assuming of course that you are realistic.

There are over 35 ways to finance a feature film directly 100% and over 128,000 permutations if piece-mealing your financing (10% here,

END_OF_DOCUMENT_TOKEN_TO_BE_REPLACED

SCREENWRITING (No-Bull): Hollywood, according to union minimum rules, pays approx. $100,000 (see below) for a Treatment and 2 Drafts (1st Draft & Final Draft) to hire a writer to write a script based off an idea they have or a book or real life story they optioned. QUESTION: So what do you think they’ll offer you when you come to them with the finished script that, for whatever reason, is absolutely perfect and they love?

END_OF_DOCUMENT_TOKEN_TO_BE_REPLACED

You have $10-20K. You have a choice. Want into the film industry. Then either make-a-Short or make-a-Feature Film.

Which choice are you going to make? Duh.

So the bottom-line, not NYU or USC film school theory, is that all you show Hollywood when you,

END_OF_DOCUMENT_TOKEN_TO_BE_REPLACED

Budgeting the correct way. There is obviously only one method to use for budgeting once you have your screenplay and are preparing a budget for your script to be made into a feature film “the right way”.

“The right way”, “Can you prepare a budget for me… the right way”, “I want to do it right”, “What is it going to cost to make this movie”… These are the most common statements I heard 30 years ago when I was hustling gigs as a Production Manager,

END_OF_DOCUMENT_TOKEN_TO_BE_REPLACED

MARKET SAW
THE ART OF THE TITLE SEQUENCE

IFC INDIE
ARE YOU SCREENING